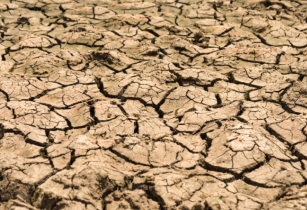 Poor rainfall and low crop production has driven 2.1 million Kenyans towards acute food insecurity for the next six months and the International Rescue Committee (IRC) is concerned about the growing humanitarian needs

At the beginning of September, the President of Kenya declared the drought a national disaster following a national rainfall report.

The IRC has been working in Kenya since 1992, providing health care, women’s protection, legal rights, economic recovery & development and nutrition services to hundreds of thousands of refugees and their host communities.

Mohammed El Montassir Hussein, IRC Kenya country director said, “This drought is reminiscent of the great famine of 2011. We are very concerned about the growing humanitarian needs as people move out of the hometowns in search of places closer to water sources. Livestock are dying and people and children are going hungry and thirsty.”

Eastern and southern parts of the country received only 51% of the rain that was expected. Lamu Turkana, Marsabit, Samburu, Isiolo, Wajir, Garissa, Tana River, Kilifi and Taita Taveta counties received as little as 26% of the normal rainfall. Turkana and Garissa are both refugee-hosting counties which put the already vulnerable refugee population at further risk by planned closure of the camps in May 2022. Many people living in these areas rely heavily on crops as a source of nutrition and livelihoods, and the droughts have resulted in below-average crop production,” Hussein said, adding that high food prices coupled with declining livestock prices have impacted negatively on households’ ability to buy basic necessities.

He blamed climate change for the erratic and recurring droughts, and said that it has been partly attributed to the recent locust outbreaks in East Africa, causing widespread food insecurity. "Future response to climate change must also be feminist, recognising the unique and disproportionate ways in which women are impacted. As farmers and activists, women (and women-led organisations) are central to food security and effective climate change mitigation,” he added.