Identifying women farm and food innovators in Zimbabwe will be the key focus of Phiri Award scheduled for October 2015, according to John Wilson, trustee of Phiri Award 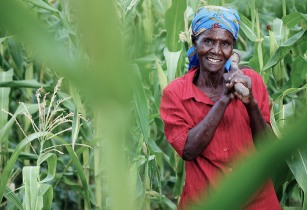 Phiri Award has been set up specifically to identify innovators in the farm and food value chain of Zimbabwe. (Image source: CGIAR)

Phiri Award was launched in 2014 to identify and give prominence to farm and food innovators in Zimbabwe. The inaugural event was attended by representatives from government, civil society, farmers’ organisations, private sectors and international agencies.

“We would like to see innovators in the farming and food world being given much more prominence. We draw our inspiration from Zephaniah Phiri. He has gone on to have enormous impact on the thousands who have visited his small farm in Zvishavane or who have met him elsewhere,” said Wilson.

He revealed that Zephaniah Phiri, from whom the award’s name is derived, had lost his job with the railways company during the Rhodesian era due to political activities. He was forced to return to his small farm where he realised that water was the key to everything, Wilson added.

“Over the years Zephaniah Phiri developed a sophisticated water harvesting system for his farm, which is documented elsewhere. Thousands have visited his farm to learn from him. In 2010, colleagues and friends gave him a lifetime achievement award for his work. Out of that event grew the idea to set up an award in his name,” the trustee noted.

The inaugural launch last year celebrated the first five winners of the award. “All those nominated in 2014 were men who came from only three of the country’s provinces. The stories of all five farmer innovators, which the Phiri Award had documented, show how they had to overcome struggles to get to where they are now,” said Wilson.

According to Wilson, life is tough in the rural Zimbabwe. “However, rural areas are very dynamic. All sorts of things are going on. People are getting on with their lives and there are those experimenting and trying out practices, responding to what life throws at them — be it cyclone, drought, a piece of land covered in rocks or even moles eating their crops,” he added.

Wilson concluded that the Phiri Award for Farm and Food Innovators Trust aims to work with the innovators it recognises this year and spread their ideas to other farming communities of the world.