African countries to speak in one voice at UN food summit 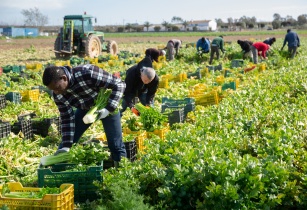 The Economic Commission for Africa (ECA), in partnership with the African Union Commission (AUC) and the Africa Union Development Agency (AUDA), is spearheading the conversation that will ensure that African countries speak in one voice at the upcoming United Nations Food Systems Summit (UNFSS)

UNFSS will be convened by the UN secretary-general on September 23 in New York to expedite achievement of the Sustainable Development Goals through game-changing solutions to address food insecurity and build resilience to vulnerabilities and shocks.

Vera Songwe, the United Nations under-secretary-general and ECA executive secretary said the summit will focus the discussions on game-changing solutions to transform food systems across the globe in order to achieve all the 17 SDGs of Agenda 2030.

ECA has worked closely with AUC and AUDA between March and July 2021 to further refine Africa’s common position for the UNFSS and has helped to define the process that has led to the endorsement of Africa’s common position at an extraordinary session of the African Union Specialized Technical Committee (STC) on agriculture, rural development, water and environment.

It is expected that the momentum to be created by the UNFSS will result in mobilising and galvanising support for the implementation of the identified priorities within the context of Agenda 2063, CAADP Malabo declaration, the Africa Continental Free Trade Agreement (AfCFTA), and other continental frameworks that have the consensus of AU Member States.

Joan Kagwanja, chief of the Agriculture and Business Enabling Environment Section (ABEE), commented, Africans will together seek to address the issues of climate change and food insecurity on the continent at the UNFSS Summit.

The ABEE chief noted that to address the challenges of food insecurity, countries need to turn COVID-19 challenge into an opportunity by shifting from business-as-usual and adopt holistic, multi-sectoral approaches and systems thinking with special focus on building resilience.

Women should be empowered to end the productivity gap along food value chain, including in enhancing land access and tenure.

The UNFSS will be held virtually during the UN General Assembly in New York. The agenda for the Summit include a statement of action from the UN secretary-general, compendium of the Summit’s two-year preparations, national dialogues, and pathways for food systems to deliver the Sustainable Development Goals (SDGs) by 2030.