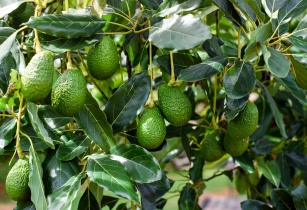 Two agribusinesses working towards transformation of food systems in Africa have won US $110,000 at the third annual GoGettaz Agripreneur Prize Competition.

At many as 14 young entrepreneurs from across Africa pitched their innovative agribusinesses to judges and delegates at the pitch finale of the competition held at the 2021 AGRF Virtual Summit and broadcast online to an audience of millions on other platforms.

“Imagine living in a world, where 30% of the meat produced goes rotten each day. That’s the equivalent of losing 100 million cows across Africa,” said Tracy Kimathi in her pitch to the judges. This is the problem she is solving with Baridi.

In the male category, Nshimiyimana Alexandre, co-founder of Sanit Wing Ltd in Rwanda, ranked first for his community-focussed, socially-conscious avocado processing and manufacturing company which markets oils, cosmetics and soaps.

When judge Thierno Diarra from the African Development Bank asked Nshimye why he didn’t stick to the product with the biggest margin, the latter answered: “I want to reduce import and solve the issue of hygiene in my community. You know how soap has been saving lives during this pandemic? We can make it from this fruit. Think about that,” he said while holding up an avocado. “So, if I focus on oil, my people will die of COVID because they do not have soap?”

Svein Tore Holsether said that he was moved to see the passion and wide range of exciting agribusinesses these young entrepreneurs have launched in recent years, generating income for themselves and their nations