The international feed-to-meat exhibition VIV Asia witnessed leaders in the agriculture, livestock and fisheries industries participate in the three-day show that was held at the Bangkok International Trade Exhibition Centre (BITEC) from 11-13 March 2015 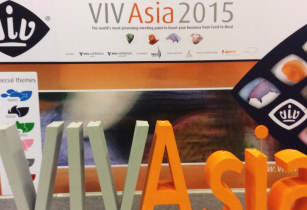 Attendees from African nations felt that there was a lot of potential for them at the show, and agreed that it was a lucrative event for business opportunities.

With feed-to-meat being the central theme of event, there was due representation of the various processes entailed in meat, seafood and dairy production. While poultry remained a main attraction at the show, the production of pork and technologies supporting it was given due prominence. Several attendees were of the opinion that the show was bigger than the earlier edition held in 2013 and that Thailand was fast gearing up to be a competent entity as a global meat export centre.

Aquatic Asia:
Aside from the expected line up of exhibitors, VIV Asia 2015 also witnessed participation from the aquaculture industry. The Aquatic Pavilion featured companies that developed innovative products for the sustainable farming of fish and shrimp. In addition, there were conferences held on various topics such as feed, ingredients, additives, health management and advanced technology to boost the industry. Some of the exhibitors included INVE Asia, Leiber, Biomax, Cargill and Seapromega.

Pavilions:
The show lent a truly international feel to it as there were several country pavilions. While The Netherlands was the official partner country of the event, there was a strong show of support from the USA, Taiwan, Italy, France and China too.