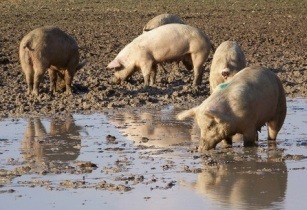 Pig farmers in Namibia have been encouraged to join a new pork scheme, set to be introduced by the government, which will attempt to support growth within the pork sector and protect local farmers from high levels of pork imports

According to a report by The Namibian, the scheme will encourage the growth the country's pork industry by providing the sector with economical viability and implementing a quantitive restriction on the importation of fresh or frozen pork cuts or carcasses, with a ration of one local purchase to three imports per kilogramme.

The scheme will also look to ensure the future co-existence of the pig production and processing sectors.

The chairman of the Pig Producers' Association, Flip de Villiers, called on farmers to take part in the Pork Market Share Promotion Scheme, which will be introduced on 1 October 2012, and recommended that they register with the Meat Board of Namibia.

"This scheme will protect every farmer in the pig industry and the future looks bright with this scheme for local pig farmers," said De Villiers.

Namibia, which is home to just two major pig farms, is reliant on cheaper pork imports from neighbouring South Africa with no more than 25 per cent of pig products currently sourced locally.