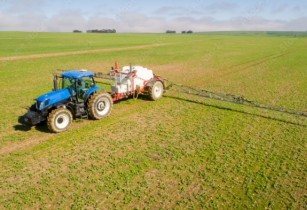 “Today, these sciences and technologies are helping in increasing the production of small and medium farmers,” Hilale said during a high-level meeting. Morocco’s Green Plan reached a goal of strengthening localised irrigation, one of the three major components of its Irrigation Strategy.

He added that the plan has made agriculture the primary driver of the Moroccan economy, creating job opportunities and reducing poverty. “Morocco’s strategic goal in the agricultural field has been to guarantee national food self-sufficiency and opening up of the possibility of exporting quality agricultural products,” the ambassador said.

He also stressed that the improvement of the efficiency and use of the soil input relies on new fertiliser technology based on artificial intelligence. “Irrigation plays a critical economic and social role in water-stressed areas, contributing to boosting agricultural productivity and rural income. Morocco, according to Hilale, has poured money into providing the correct nutrients to the soil,” Hilale added.

The meeting, which was co-organised by Morocco’s and Nigeria’s permanent missions to the UN, underlined the need for cooperation in sectors such as sustainable agriculture, information technology, climate change, water management, and renewable energy.