Following the huge success of the world-first Massey Ferguson Master Mechanic challenge in November 2021, the reality show returns on 18 November in an even bigger and better format 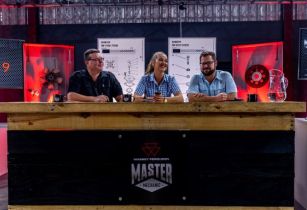 Since airing the show a year ago, AGCO Africa had great feedback from all over the world. It had highlighted a previously underrated yet critical role in the industry – the technician. “Season one of the world’s first tractor-based reality show was an incredibly successful journey that was wonderful to share with the world,” said Dominik Reus, managing director Africa, AGCO. Once again, three teams of two will battle it out for a grand prize of US$5,585.42. Not only that, the winning team will also get the once-in-a-lifetime opportunity to visit and train at the Massey Ferguson Beauvais factory in France, where the MF high horsepower tractors are manufactured.

Season two of the show will focus on built-in technology in high horsepower tractors, the pride of Massey Ferguson, and will demonstrate how farmers can utilise the technology and features to their full potential, which indirectly benefits their bottom line. The show will also feature super-sized challenges to showcase the highly motivated and trained technicians throughout the country. It provides a unique glimpse into the technicians’ world of fixing tractors, who not only swing spanners and travel to amazing and different places, but use their intellect in conjunction with world-leading technology. Moreover, the show will highlight how a technician’s life has changed in recent times with the advent of computers and the internet.

Massey Ferguson offers world-class technical training to its technicians and being a technician at the company is filled with adventure, continually learning and opportunities to travel to unique places.

Master Mechanic Season two will be releasing on 18 November on the MF Master Mechanic YouTube and Facebook channels. All episodes will be available at once for viewers to binge watch. The show has been designed and filmed in a way that can be understood by all viewers, and also includes some special items for those ‘seasoned’ technicians to enjoy. Viewers will also get to experience a plethora of emotions, drama and suspense. In short, everything that one would expect from a world-class reality show.