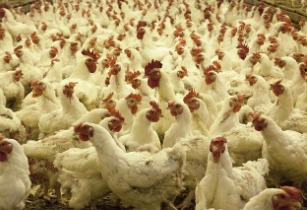 Agrotop, one of the leading global players in livestock turnkey projects, has announced to build a large-scale pullet and breeding farm for Agrited, Nigeria's leading supplier of poultry products

The newly built Blue Plains Farm will be located about 40 kilometres north of Ibadan next to Fiditi town, Oyo State. The breeding farm is being built on 112 ha of bushland.

Agrotop has completed the building of two EC pullet houses accommodating about 23,000 Ross 308 pullets. To complete the first phase of the development, the company will build another four EC breeder houses, professional hatchery with a Pasreform hatching system and a chicks' dispatch house.

This is the fourth poultry breeding farm built by Agrotop for Agrited. The previous ones include:

· Green Plains – pullets farm with a capacity of 57,000 pullets PS birds and a 1,200 sq m grains and equipment storage warehouse

For Amo Farms, Agrotop built eight EC poultry houses and a slaughterhouse which runs a semi-automated line with the capability of 1,000 birds per hour and adheres to the highest European food industry standards.